The Placket Pattern & Tutorial – For The Tailored Shirt Look 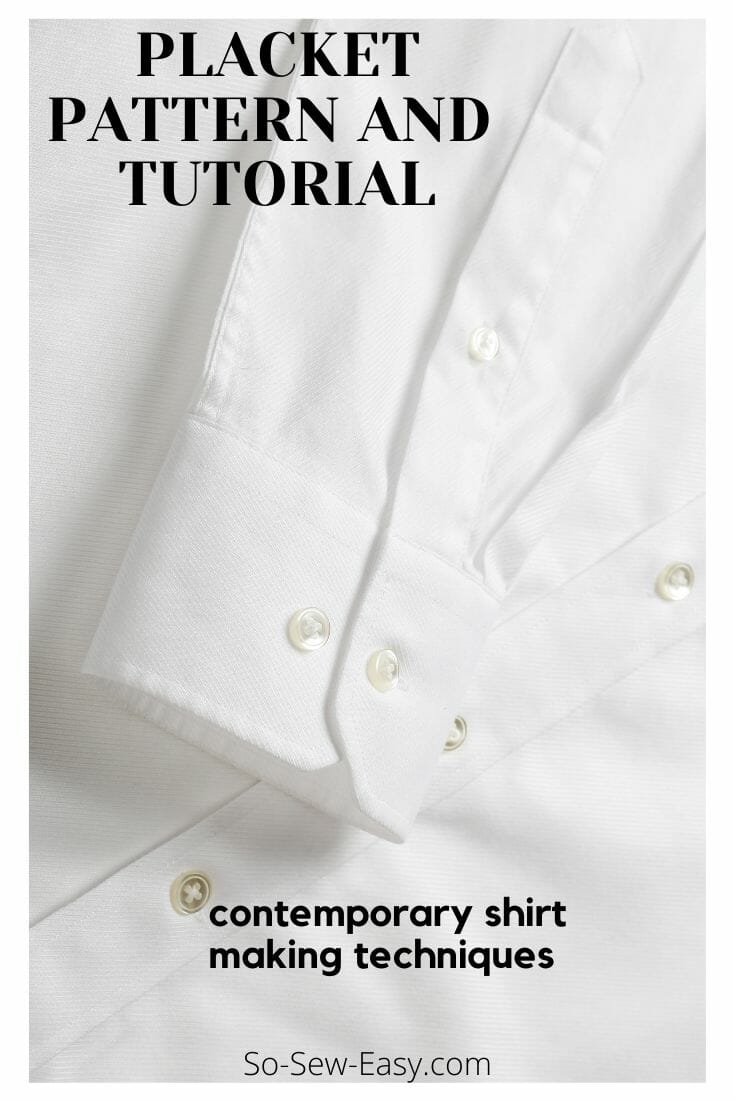 This is the placket pattern & tutorial.  A placket is a detail often used in tailored shirts and blouses. This is one of the skills that will raise your sewing to the next level.

But first, let’s make sure everyone knows what we’re talking about.  According to Wikipedia:

A placket (also spelled placquet) is an opening in the upper part of trousers or skirts, or at the neck or sleeve of a garment.[1] Plackets are almost always used to allow clothing to be put on or removed easily, but are sometimes used purely as a design element. Modern plackets often contain fabric facings or attached bands to surround and reinforce fasteners such as buttons, snaps, or zippers.

Yes, I think you know where I am going with this placket pattern & tutorial.  I just love these super simple techniques that make your projects look much more professional.  I have found the absolute easiest way to make a tailored placket for the crisp looking shirt that I will soon share with you.

You can use this placket pattern in just about any sleeve you wish to have buttons and cuffs.  A placket is always found in a tailored shirt of man and woman, but it is a bit tricky to sew so I am sharing with you an easy and fail-proof way.  While most sleeves patterns come with their placket pattern, you can use the pattern I am sharing with you in case you want to add a placket to a shirt you already have.

Get the Pattern HERE

Once printed, transfer the placket pattern to your fabric using a tailor’s chalk, pencil or an erasable ink pen.  You might want to try a Frixion pen.

There are two pieces to the pattern:  The Overlap and the Underlap.  Place the fabric print sides together and cut out two pieces, two for each sleeve.  We will start folding the pieces, this is an important step so we do not sew the pieces on the wrong side of the sleeve.

How To Use This Placket Pattern Tutorial

This is the contemporary drafting and sewing technique of a placket pattern & tutorial for a man’s or woman’s shirt.  There are other ways to sew a placket but I have given you the universally know tailoring technique.

Note: this is not a mass-produced technique used in large factories.

Step One:  Preparing The Overlap

Fold the Overlap print sides together and 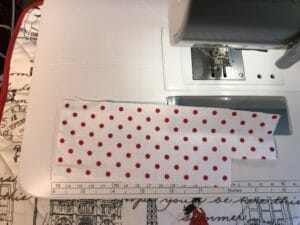 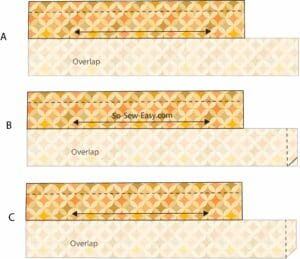 Turn the triangle right side out (D). Iron. 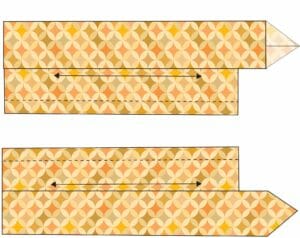 Fold the 3/8″ line on the side where the triangle is located. 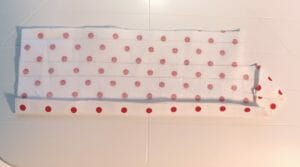 Fold the 1/4″ line on the opposite side of the triangle. 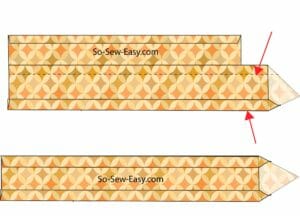 The following pictures are going to be key to making the placket on the right side of the sleeve and in the correct order. 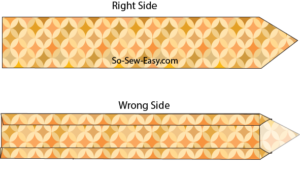 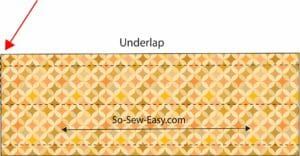 Then fold in both sides on the sides. 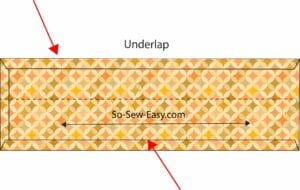 You will use the creases as a sewing guide to attaching the underlap to the sleeve. 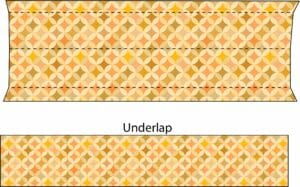 Here are both pieces of the pattern.  Overlap on top and Underlap at the bottom. 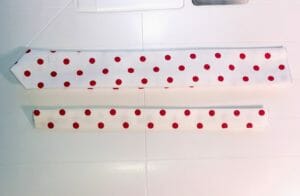 Step Three:  Placing The Pieces Of The Placket On The Sleeve

It is important to pay attention to this step since it will make or break your project.   Placing the pieces in the correct placement will ensure your success.

The Overlap is placed print side down on the wide side of the placement line or towards the front of the sleeve. 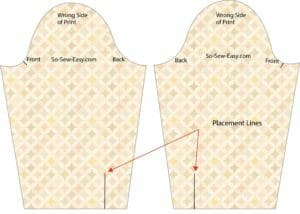 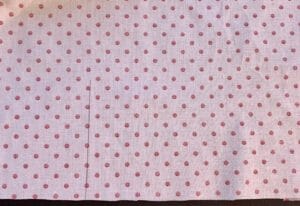 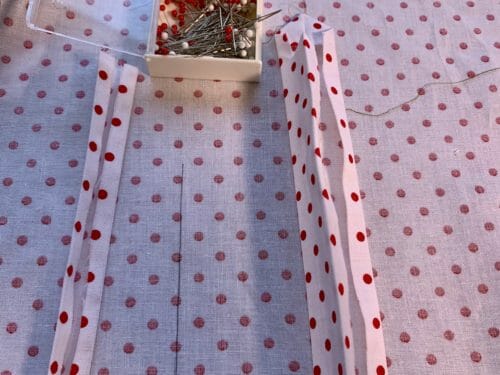 Using the fold lines already made by the iron sew on each line next to the placement line stopping right at the end of the placket. 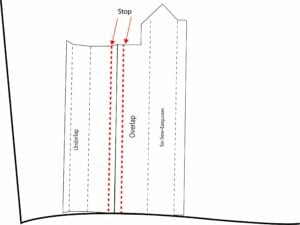 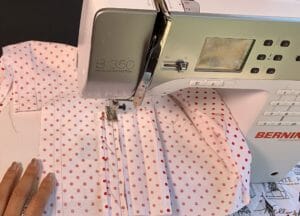 Cut in between the stitching lines or on the placement line.  Stop at 1/4″ and cut to the corner but not through. 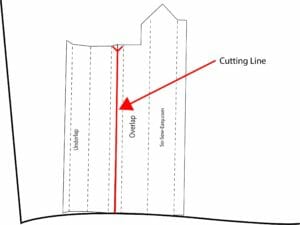 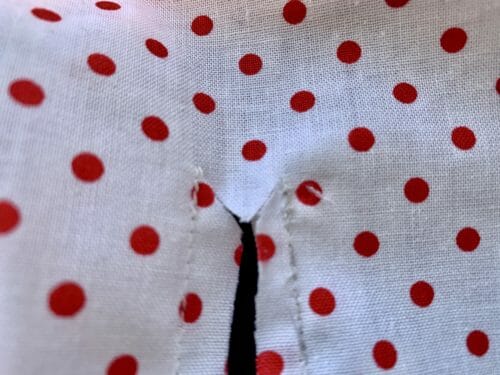 Bring the Underlap from the wrong side of the sleeve to the right side and iron the stitching line. 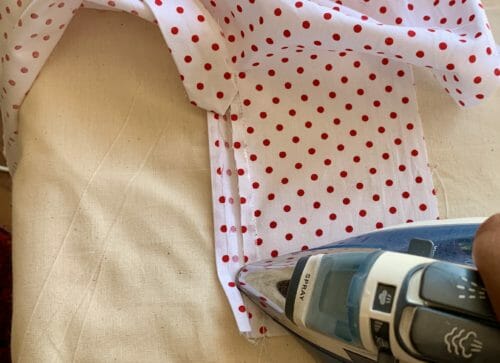 Pin the Underlap over the stitching line and sew. Iron. 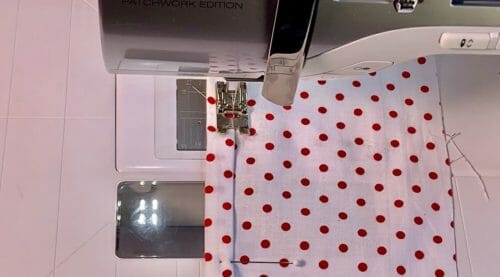 Turn the Overlap to the right side of the sleeve and iron the stitching line. 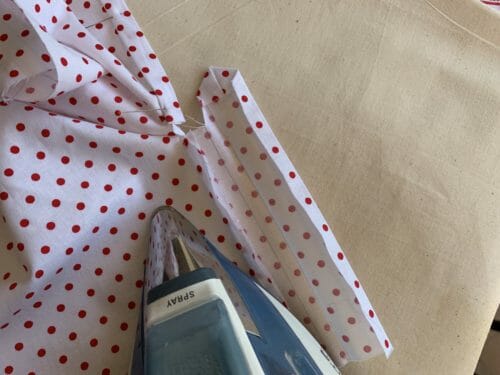 Fold the Overlap over the stitching line. You will find that the Overlap will do this naturally since it was folded previously using the iron. 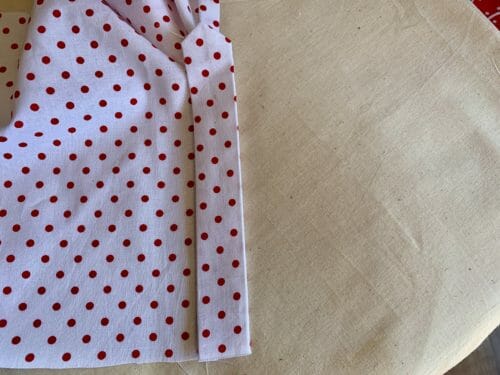 Stitch close to the folded edge from 3/8″ of the Jog level to the end of the Overlap. 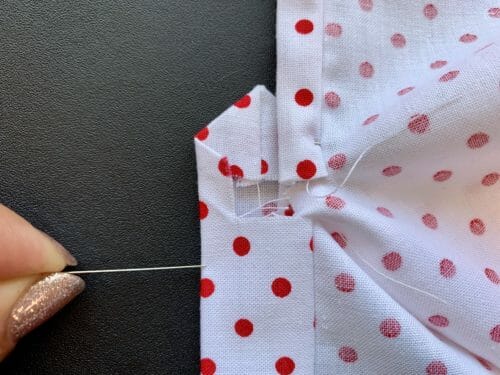 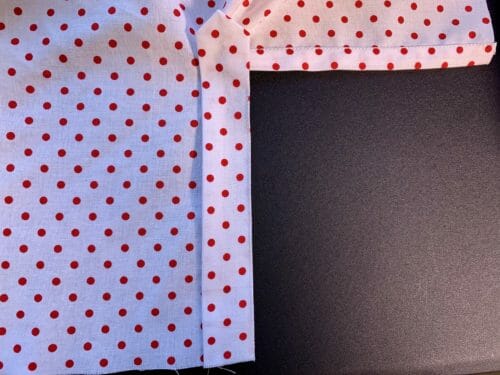 Now it is time to sew the Overlap Over the Underlap.

Most of the commercial and Indy Patterns will include a placket pattern but not always a detailed step-by-step tutorial on how to make one.  The Placket is a contemporary tailoring technique that is both feared and respected by fashion design students and newbie seamstresses alike.

This is one of the techniques that will move you from a beginner to intermediate-level sewists.  Take up the challenge and learn this technique so you can join me in making a special, tailored blouse coming soon. 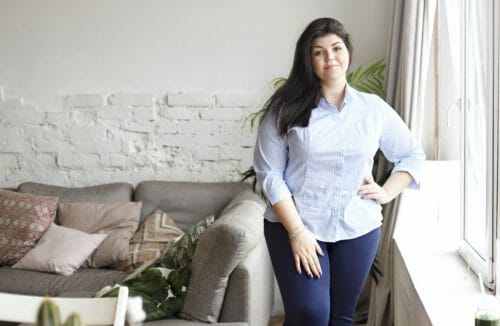 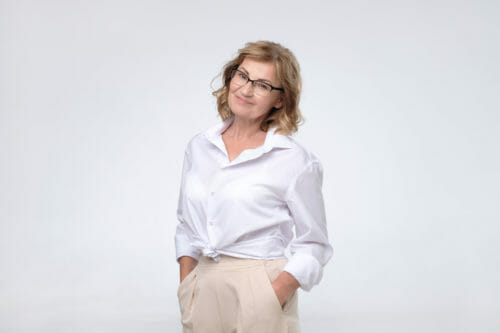 Let me know what you think of this Placket tutorial in the comments below, also if you want to see more interesting techniques to take your sewing projects to the next level.

If you want to help us continue to bring you a wide selection of free sewing patterns and projects, please consider buying us a coffee.  We’d really, really appreciate it.